mute videopause video
close video
Message Sent
Thank you for your inquiry. We will respond to you as soon as possible.

Your Gift of Hope

You are at: Planned Giving > News > Personal Planner 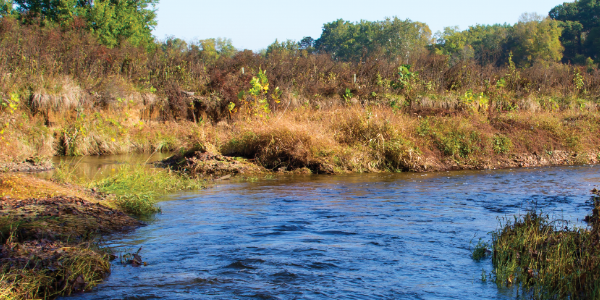 Parents and children often have a different perspective on saving and spending. Parents of retirement age today were born during the 1940s or 1950s and have a strong desire to save and invest in order to increase economic security.

Some of their children may have a different perspective. Because these children did not grow up during adverse economic times, they tend to consume more and save less. Understandably, many of these parents hope that their children could have greater economic security during retirement.

Mike and Kristi are recently retired. They have two children, John and Mary. Mike and Kristi bought a lot on an inland waterway when they were in their 40s. But the next year, Mike accepted a position in a state that was quite a distance from the waterfront lot. They've owned the lot for more than 20 years, but never built on the property because of the distance.

Mike and Kristi retired at age 65. They have good retirement income, a home that is paid for and good savings. Recently, Mike received a very good offer from a person who would like to purchase the waterfront lot. After receiving the offer, Mike and Kristi contacted their attorney, Steve, to discuss the best way to maximize benefits for them and their children.

Mike: "We have been very fortunate. Kristi and I have just retired and we have good income. We both get Social Security and also have two pensions. With that retirement income and our house paid for, we're doing fine."

Kristi: "You might remember that we mentioned buying this lot on the intracoastal waterway years ago. But after we moved south for Mike's new job, it was just too far to travel. We never ended up building our vacation home on that property. Now we've had an offer from someone who wants to buy that property at a great price. We told the person that we weren't quite ready to sell yet, but he still seems to be very interested."

Steve: "That sounds like a good offer and a good opportunity. It may be the right time to sell that lot. But you know that there is a lot of appreciation and you will pay a large capital gains tax."

Mike: "Yes, I know. We were doing some research and a friend of ours who is a gift planner for a charity said that we could save a bundle with a special trust. He called it a charitable remainder trust. We did some reading online and it seems like a good idea. But we don't actually need the income ourselves."

Kristi: "Mike and I like the tax savings. But we thought that maybe what we should do is give the income to John and Mary. They just don't save the way we have. I am very concerned about them. If they don't save more, they are going to need added income during their retirement. With all the financial uncertainty in America today, we would like to see if there is a way to help them."

Steve: "Many parents share your desire to provide some added retirement income for their children. You mentioned that charitable trust. Let me show you how a special version of that trust could help John and Mary."

"That trust is usually called a unitrust. I am going to explain how a retirement version of that unitrust could work for them. With your offer of $400,000, we could transfer the lot into the trust and after it is transferred, accept the offer. I suggest the $400,000 in the trust be invested for 20 years. With growth over those 20 years, it could increase to perhaps $1.2 million in value. That's of course depending on how the investments would perform during that time, but it's quite possible. If we are able to grow to that level, the trust then would pay approximately $2.5 million to John and Mary during their retirement years. In addition, you would receive a tax deduction today of about $42,000 that could save another $14,000 in tax."

Mike: "So if we use that special retirement version of the unitrust, we sell tax free, get a deduction, and the trust grows until John and Mary retire. Then it pays a very good amount to John and Mary. That will very nicely supplement their other retirement income."

Kristi: "This sounds like a great use of that lot. It will answer my question on how to provide added retirement income for the children. Let's move forward with this trust."

Mike: "Plus, even though it's a very long time into the future, there eventually will be a good gift to our favorite charity."

Do You Have a Difficult Family?

How to Give Property to Children

Seven Questions on Gifts to Children

Let us help you with your gift plans